We offer a Polymerase Chain Reaction (PCR) test. Commonly referred to as PCR tests, these are widely considered to be the most accurate on the market. 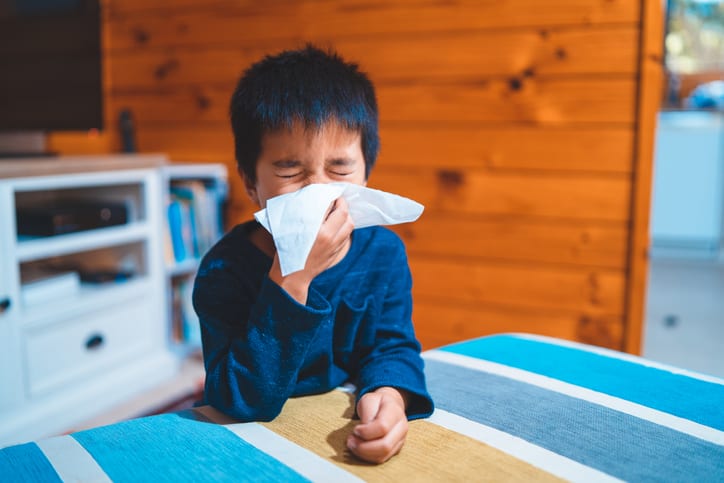 You’ve probably heard the rumor that the color of your mucus can tell you whether or not you are sick. You may have thought this was an old wives’ tale and never given it any credence, but the truth is that the color of mucus can signal some changes in health.

Why does mucus even exist?

Mucus can be an uncomfortable topic. Why is it even in our bodies in the first place? It actually serves several important functions. It can serve as a protective layer in parts of the body that are prone to drying out, such as the mouth, nose, or stomach.

Secondly, mucus can also prevent bad stuff from getting into the body, trapping things such as bacteria and dust before they enter the airways.

In a healthy body, mucus is clear and liquid. In some cases of pregnancy-related or allergy rhinitis, mucus can also be clear. In these scenarios, however, mucus is plentiful and tends to stream out of the nose or cause post-nasal drip and cough in the throat.

Mucus can also come in different colors and textures. Dramatic changes in color or texture may indicate any one of a number of conditions.

White mucus indicates an increase in white blood cells. The mucus may also get thicker and less watery. This is often a sign that a cold is in the works and that your body is fighting back.

Anything in the green or yellow family can indicate that your body is releasing a protein from inflammatory cells that is designed to kill germs.

Red or pink mucus typically suggests that there is some amount of blood in your mucus. This can stem from the simple irritation of the delicate vessels in the nose. In rare cases, it can signal cancer. If you have concerns about consistent and chronic red mucus, contact your healthcare professional.

Brown or black mucus also indicates the presence of blood along with inflammation in the lungs. This type of mucus is usually seen in coal miners, chain smokers, or anyone who works around smoke and coal. It can be an indication of chronic lung disease that requires medical intervention.

Why is my mucus green?

If your mucus looks green, chances are you do have an infection. More than likely, you have a cold or even the flu. The good news is that the green mucus is a sign that your immune system has kicked into gear and is fighting back against the infection with that toxic little green protein.

If you are concerned about the color of your mucus or your symptoms, contact an Urgent Care near you for same-day care.