Go to Bed with Wet Hair and Catch a Cold? 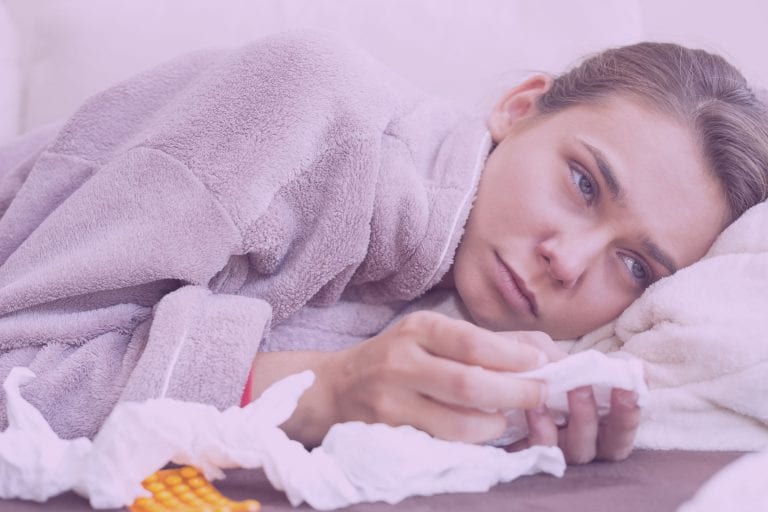 You probably have heard the saying: “go to bed with wet hair and you’ll wake up with a cold.” Is that true? Between work, fun, and taking care of the family, there are days when you are simply too tired to dry your hair thoroughly before going to sleep (especially if you’ve spent a long day at the beach or pool!). Is it possible to develop a seasonal cold or cough because you nodded off with damp hair?

The theory originated in the early 20th century during World War I when scientists believed that soldiers who slept in cold, wet trenches were more likely to get colds than soldiers who slept in dry barracks. Another source claims the theory dates back to Celsus in the 1st century when he wrote that the winter season causes headaches, coughs and all other infections that attack the chest and lungs.

Let’s learn more about what researchers now say regarding any potential relationship between wet hair and getting a seasonal cold or cough.

How Are Colds Caused?

Colds are due to an infection of the upper respiratory tract, and viruses are the culprit. A person can pick up a rhinovirus that can produce cold symptoms in a variety of ways. Frequent hand-washing can help reduce the chance of transferring the virus from surfaces to your hands, nose or eyes.

But What about Cold Temperatures?

The rhinovirus is a hearty organism and cannot only survive but thrive in very low temperatures. People are a different story. In the extreme cold, a person can develop hypothermia and have a reduced immune system response. However, this type of extreme cold is not generally experienced as most people sleep in heated homes during the coldest parts of the year.

Bottom line? Don’t worry too much about it. Currently, no medical evidence supports the idea that any relationship exists between going to bed with wet hair and developing a cold or cough the following day. You can go to sleep with wet hair, or even walk outside with wet hair in cooler temperatures without it causing a cold or cough. A cold is likely to develop when you come into contact with the rhinovirus on surfaces or if are around others who have a cold and have not taken precautions with their hygiene. A strong immune system will help your body fight off infection and incoming viruses as well as shorten the duration of an illness and lessen the severity of symptoms.

Is It a Cold, or Something More?

A seasonal infection is a common occurrence (even those with the strongest immune systems get a cold once in awhile). However, sometimes cold-like symptoms can mean something else. Some populations are more vulnerable to serious illnesses that begin with symptoms that look like a regular cold. Individuals who should seek medical attention for a lingering cold include those with:

In addition, children under six years old, those over 65, and pregnant women may be affected differently by the common cold because they are more vulnerable to illness. For these patients, if symptoms last for a week or longer you need to seek medical attention as it may be signs of mononucleosis or the flu.

Cold symptoms such as sniffling, a scratchy throat, coughing, watery eyes, nasal congestion or a runny nose will resolve on their own in approximately four days. If you’re infected, plenty of rest and hydration will generally help you feel better in a short amount of time. However, symptoms that continue or worsen may indicate other health issues. If symptoms persist, you may need urgent care services. You can visit your local MedPost for a treatment plan and even a referral to a specialist if required.