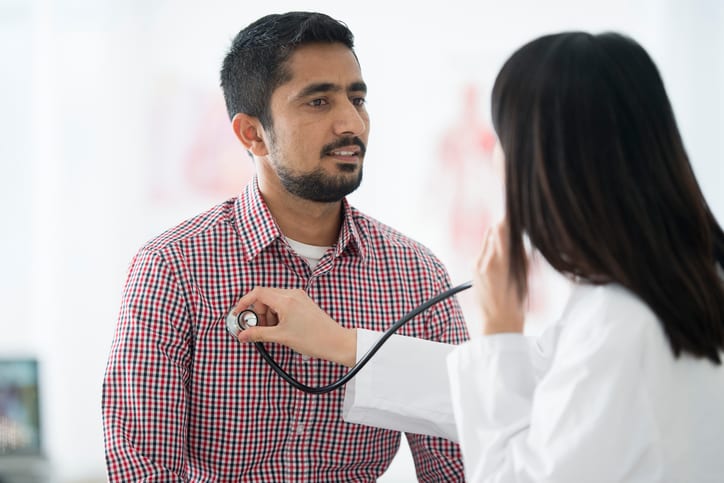 It’s a startling fact that on average, men can expect to die roughly five years sooner than women. For years, this statistic has been accepted as just a part of nature. However, while there may be some physiological reasons behind this disparity, a more likely culprit is that men are more reluctant to seek medical assistance and are less likely to be honest once they get there.

We have developed a cultural script—surrounding masculinity—that tells men that they need to be brave and self-reliant. Phrases like “be a man” diverge from the healthier concept of: If you’re sick or hurt, visit a medical professional. While in the end, it’s up to each individual man and woman to seek medical care, in the case of the men in your life, a little support and encouragement by you can go a long way.

Here’s how to get the man in your life to willfully seek professional care.

Walk a mile in his shoes

The first step to persuading someone to take action is to understand their specific objections, and then be empathetic. For example, if his biggest obstacle or fear is he doesn’t want to hear bad news, let him know you understand. If possible, discuss an example of when you were afraid to seek out medical help.

Encourage him to express his fears to you. Remember to withhold judgment. This is an opportunity for you to prove that you’re in his corner, so just listen.

Let him know your feelings

In trying to convince the man in your life to get something checked out, you might sometimes resort to nagging. While this might get him to make—and keep his appointment—that doesn’t mean he’ll go there as a willing participant.

Rather than nagging, try being more loving and encouraging. A more effective approach would be to let him know that his actions are causing you stress and worry. If he sees the hurt he’s causing you, he may be more inspired to make an appointment.

Be his sidekick and guide

When someone doesn’t want to seek medical help, they’ll find any excuse in the book to run for the hills.

Your goal is to eliminate all these obstacles for him. This could include:

Be prepared for the appointment

Aside from the fear of the unknown, many men (and women) don’t like medical visits because of the inconvenience. Part of this inconvenience is filling out patient forms and going to the appointment with a list of questions or concerns you want to discuss.

That’s why we encourage you to sit down and write the questions ahead of time—in the comfort of your home—along with symptoms and family history of disease.

Taking care of this work beforehand will make the actual appointment less of an ordeal.

In the end, be the supportive positive force he needs

It’s easy to get frustrated with someone who fails to see the importance of seeking medical attention. But try your best to table that frustration, because it may only serve as a cause of friction that keeps the man in your life from taking care of his health.

The more positivity you exude, and the more empathy you show, the more likely you’ll succeed in convincing the man in your life that getting the right care at the right time is, actually, the best way for him to prove his masculinity.