We offer a Polymerase Chain Reaction (PCR) test. Commonly referred to as PCR tests, these are widely considered to be the most accurate on the market.

Medicine or Malarkey: Does Airplane Travel Increase Your Chances of Getting Sick? 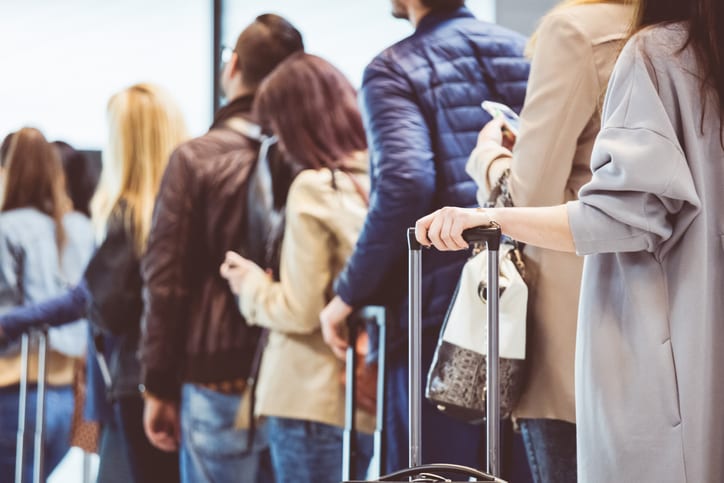 Whether you’re headed to your favorite vacation spot, or you’re planning a trip home to visit family for the holidays, flying can be a quick and efficient way to travel. Unfortunately, planes are also a hot spot for picking up illnesses like the flu and other viruses. Planes involve very close contact with large groups of people, and the restrictive environment severely limits your ability to move. Nothing prevents sick people from flying, which makes it very likely that others will be infected by contagious illnesses brought onto a flight, particularly those caused by viruses.

For example, a recent flight from Saudi Arabia to New York City included 10 passengers who suddenly fell ill on board and later tested positive for influenza. How they became infected and who else they may have infected is still unknown.

Are You More Likely to Get Sick When You Fly?

Various surfaces on planes have been tested extensively for viral bacteria. Not surprisingly, a variety of germs, viruses and bacteria have been found in many places. With at least 200 virus strains lurking around, some are so virulent that they can still be infectious for as long as 18 hours outside the human body. Flu viruses have a lifespan of up to eight hours after they’ve been released from their host, while E. coli and MRSA can be found thriving on plane surfaces for more than one week.

Where Is the Flu Lurking on Planes?

There are some surfaces that tend to hold more than their fair share of illness-causing germs.

The most likely places to find the flu and other viruses include:

Other places to find viruses on airplanes

The overhead air vents, as well as the toilet flush buttons, are common hideouts for viruses. Another often-overlooked factor is that people from many different parts of the world could be on your flight, exposing you to virus strains your body has not encountered in the past.

A plane’s ventilation system is commonly thought to contribute to the spread of germs, but this is actually a myth. The Federal Aviation Administration (FAA) conducted a report that found high-altitude fresh air to be nearly free of germs! HEPA filters used on aircrafts are also effective at removing fungi, bacteria, dust, and viruses.

While parked at the gate, however, the aircraft’s own ventilation system is not typically used to circulate the air. Instead, auxiliary power units — which can increase the spread of germs throughout the cabin — are used.

How to Avoid the Flu & Other Viruses on Airplanes

While it’s difficult to completely avoid viral illnesses, there are several steps you can take to reduce your risk of catching them. Safe travel and avoiding sickness boils down to one primary rule:

Wash your hands with soap and water, or use anti-bacterial gel frequently.

Use anti-bacterial wipes to clean the surfaces at your seat. If possible, wait until most passengers on the plane have boarded before you take your seat, and try to get a window seat to avoid unnecessary contact with passengers walking by.

The best way to avoid the flu is to get your annual flu shot. Visit your local CareSpot Urgent Care and get your flu shot today.