Medicine or Malarkey: Can Honey Take the Sting Away? 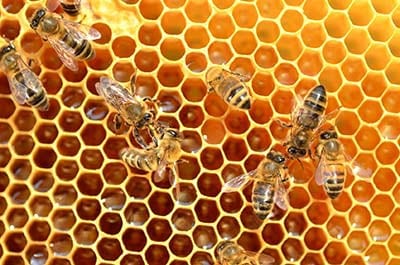 As fall begins, a profusion of insects come with it. Very active in late summer and early fall, bees, yellow jackets and hornets are all buzzing about, and they will bring out the stingers when they feel provoked. We’ll help you learn how to avoid stings altogether in the blog that follows. And for those times you do happen to get stung, we’ll also explore a few home remedies that might help a variety of insect stings.

How to Avoid an Insect Sting

Avoiding stings altogether is the best way to keep yourself safe. When heading outdoors try to wear light-colored clothing. Dark or red clothing can appear threatening to certain stinging insects, as it reminds them of predatory animals such as bears or badgers. Be sure to keep any very curious loved ones away from nests, as disturbing them can provoke stings from the insects inside. And as tempting as it may be if you’re getting buzzed, fight the urge to swat at flying insects. Fast, swatting motions may be interpreted as threats, making stings a lot more likely.

For most people, stings from insects like bees, hornets, and wasps are relatively mild and uncomfortable. However, some people have stronger reactions and may even have an allergic response to insect stings. A primary care physician or a CareSpot urgent care center can treat non-life-threatening allergy symptoms. (For those with known stinging insect allergies, it is vital to carry an epinephrine auto-injector (EpiPen) with you at all times and seek emergency medical treatment via 911 immediately.)

For all insect stings, the first thing to do is to remove the stinger. The venom on the stinger will enter your body within a few seconds, so try to remove it with a tweezer, or with your fingernails. Then wash the site of the sting with soap and water for thorough cleansing.

The sting area may become swollen, red, itchy and painful. Avoid scratching it, which can increase your risk of infection and may also make the itching worse. If the itch is bothering you, try taking an over-the-counter antihistamine (e.g., Benadryl, Chlor-Trimeton) to dampen your body’s reaction to the sting. Elevating the affected area can also help to lower reactivity to the sting. You may also try one of the following remedies with items at home:

Make a paste with baking soda and water. Apply this paste to the affected area and leave it there for 15 minutes to soothe the sting.

Interestingly, honey has soothing properties and may reduce itching associated with bee stings. Cover the area with honey before applying a loose bandage.

The easiest way to apply apple cider vinegar is by soaking a cotton swab and applying it to the sting. Leave it for at least 15 minutes to get the maximum effect.

What about aspirin tablets?

While some people claim to find relief with an aspirin and water paste applied to the sting area, this hasn’t been backed up by science. In fact, a 2003 study actually concluded that this treatment is not effective and can actually aggravate the area. Try ice instead!

What to Do If You Have an Allergic Reaction

Though rare, anaphylaxis is a severe allergic reaction that needs to be treated right away. If you have an anaphylactic reaction to an insect sting, you need an epinephrine (adrenaline) shot as soon as possible. Left untreated, it can be deadly. If you have trouble breathing, hives that spread beyond the area of the sting, wheezing, trouble swallowing, swelling of your face or throat, rapid pulse or dizziness, someone should call 911 for emergency medical help.

Stay safe this fall by avoiding stings if at all possible, and seeking the appropriate treatment if stung. Make the most of the beautiful outdoors with the right precautions!