Dogs as doctors? No, but they do have a nose for medical concerns 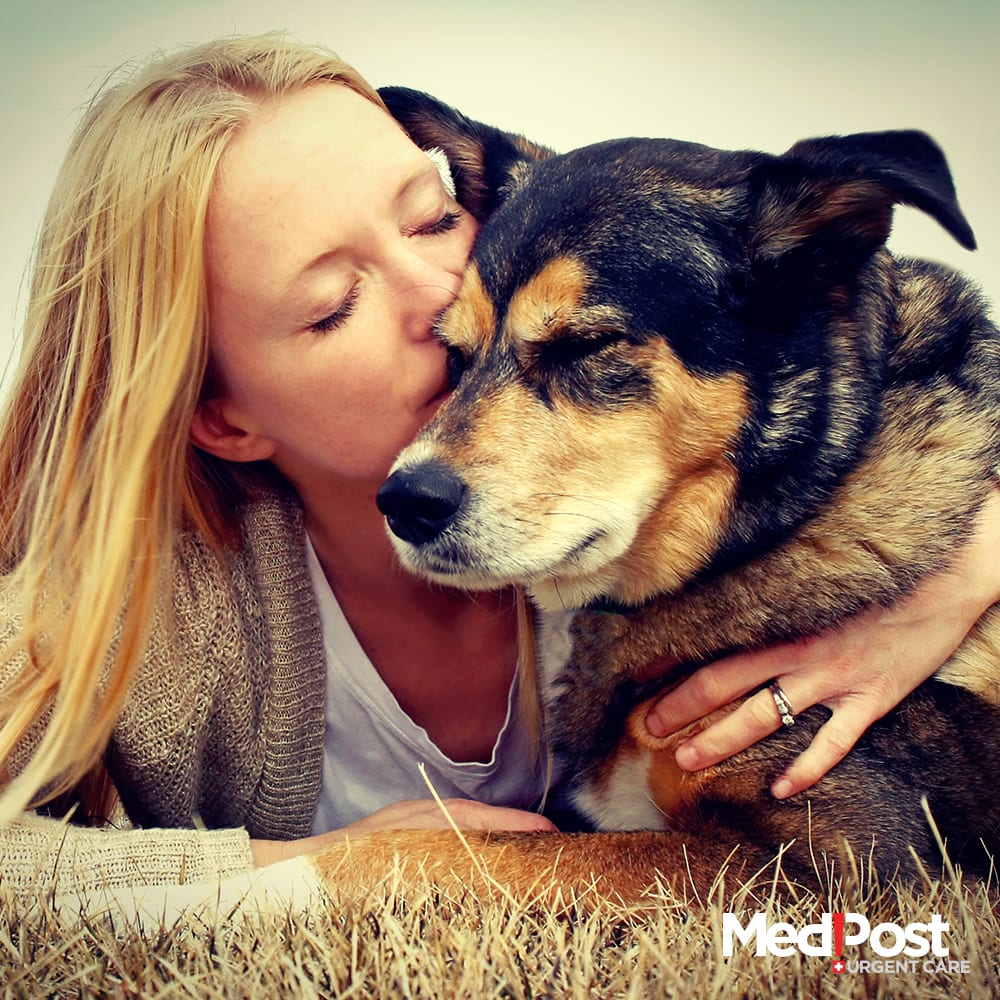 I don’t mean to offend cat-lovers, but dogs are kind of the best.

Did you know some dogs can be taught to detect major illnesses?

Trained Dogs Can Sniff Out Cancer with Up to 98% Accuracy

These were the remarkable findings of a 2011 study in which researchers trained dogs to detect colorectal cancer by smelling samples of patients’ breath. The dogs’ sensitive noses were able to distinguish the smell of cancer patients’ breath from the breath from healthy individuals.

When the dogs came across a sample with that specific unusual scent, they sat down to indicate its presence.

In similar research conditions, dogs detected lung cancer with a 98% success rate and breast cancer with 97% precision. As far as researchers can tell, malignant cancer cells release chemicals that smell different from normal tissue. Dogs’ noses, which are literally ten thousand times more sensitive than ours, can catch the change.

Of course, these results were found among specially trained animals, and in no way replace a real medical evaluation. Don’t expect to be diagnosed by a Golden Retriever in a “Lab” coat any time soon.

Some Dogs Can Sense Low Blood Sugar in People with Diabetes

As reported by WebMD, “Donnann Johnson of Lincoln, California, credits Pepper, the dachshund/Labrador mix she rescued, with saving her daughter Megan’s life.”

Megan has type 1 diabetes. After her family adopted Pepper, the dog began waking Megan in the middle of the night, insistent that she get out of bed. Every time, Megan awoke to the realization that she felt hungry and dizzy—signs that her blood sugar was dangerously low.

According to psychologist Deborah Wells, multiple type 1 diabetes patients have reported their dogs alerting them to a drop in blood sugar level long before the humans noticed any symptoms.

Dogs will often show their concern by licking, prodding, or barking at their owners. Wells is currently seeking conclusive evidence of whether dogs become aware of a person’s low blood sugar by sensing linked changes in the human’s scent.

It’s important to note that most dogs won’t naturally be alert to human medical concerns. When my dog paws insistently at my leg, it usually just means she wants a walk.

National Geographic shares the story of “seizure-assist dogs,” which are trained to warn people anywhere from minutes to whole hours before a seizure occurs. This can give the dog’s owner time to lie down in a safe place, take seizure-blocking medicine, or call for help.

The science behind this canine ability is still only vaguely understood. As with the detection of cancer cells and low blood sugar, some researchers believe that dogs notice subtle shifts in a person’s smell when a seizure is imminent.

Not all dogs have the ability to predict epileptic attacks, but the trait does occur randomly across all breeds.

Once trained, seizure-assist dogs use behaviors like nervous whining to alert their owners to danger. The dogs can also be taught to stay beside their humans during an attack, or even to press a special phone button that dials 911. There are over twenty organizations in the United States that train dogs to serve in this capacity.

Please remember, however, that scientists still aren’t sure exactly how or with what reliability dogs can detect impending seizures. If you ever notice your pet acting strangely and are worried that it’s related to your health, please seek medical evaluation.

A Long History of Dogs Contributing to Human Wellbeing

Of course, dogs being involved in people’s welfare is nothing new. Because of their excellent sense of smell, dogs have been used for centuries as search-and-rescue agents in emergencies.

Dogs are also known for their loyalty and intelligence. Based on these traits, they often work in the capacity of service dogs. Trained canines can lead a blind person down a busy sidewalk or perform tasks for wheelchair-bound individuals, including opening and closing doors and picking up dropped objects.

More recently, “therapy dogs” have found places in nursing homes and on college campuses. These visiting pups offer snuggles and comfort to people who are ailing, lonely, or simply stressed out by final exams.

Given the many ways dogs—and their incredible noses—help humans, they have more than earned the title “man’s best friend.”